Recently Verso, an imprint of New Left Books, sent me a new book to review. It’s called The Conservation Revolution: Radical Ideas for Saving Nature beyond the Anthropocene, by Bram Büscher and Robert Fletcher, professors and researchers at Wageningen University in the Netherlands. It’s a scholarly and well-researched analysis of the modern conservation movement and a call for change. It raises some compelling ideas that challenge our assumptions about humankind, nature, and society.

First the authors break down modern conservation into three main philosophies and practices. There is mainstream conservation, which they characterize as “people-and-parks,” or the fortress model. Its goal is to protect nature from humans, and it is the classic philosophy behind the founding of the American national parks movement. New conservation then developed in reaction to it as a more community-based practice that aims to address the hardship to poor and indigenous peoples caused by natural set-asides. It would prefer to integrate human beings and nature more than mainstream conservation does. Finally, in reaction to new conservation, neoprotectionism developed. This is, according to the authors, a return to the fortress mentality. It is represented in its extreme form by the Nature Needs Half campaign, in which activists and scientists, such as E. O. Wilson, advocate isolating half the planet to protect it from humans.

This outline of philosophies is interesting but somewhat abstract to anyone who doesn’t work in or study conservation. However, Büscher and Fletcher go on to consider two assumptions these three all have in common, and that’s where I find their ideas have broader application.

First, all three approaches, they claim, accept the nature vs. human dichotomy. This is the belief that we are different in kind from the rest of nature. It was perfectly represented to me in my teens by an Audubon Society leader I studied with for a summer, who felt that any impact we had on nature was a defilement; even leaving footprints ruined the beauty of the natural surroundings. We didn’t belong there, and the only reason she was willing to allow us to tiptoe through the wetlands we were studying was to learn how dangerous homo sapiens is to everything else on earth.

Büscher and Fletcher trace the nature vs. human dichotomy back to the beginning of the industrial age. They believe that it was the essential excuse that made industrialization and capitalism palatable. They say, “The specific nature-culture dichotomy inaugurated by the onset and development of capitalism allowed for new forms of rational, technocratic, mechanistic and profit-driven manipulation of nature – including humans and, especially, women. This manipulation could only be morally, ethically or socially permissible – even thinkable– if humans saw themselves as different – or rather, became alienated – from the ‘rest of nature’” (71). Mainstream and neoprotectionist schools of thought are founded on this assumption, but even new conservation has grown up breathing the same air.

The second assumption the authors mention is also shared by all three strains of conservation. It is that capitalism is normal, essential, and unquestioned. The book defines capitalism as “an inherently expansionary system driven by a demand for continual growth in order to overcome the cyclical stagnation that afflicts it” (78). Expansion is obviously the driving force behind the threat to species survival and the balance of planetary life. Therefore, “a critique of capitalism must be at the heart of any meaningful prospects for the future of conservation” (22).

And it isn’t that conservation is free from capitalist assumptions and is just trying to fight against it. Büscher and Fletcher point out that “conservation is and has long been a capitalist undertaking (and hence not a bulwark against capitalism, as it has sometimes been portrayed)” (24). They point to the commodification of nature that underlies ecotourism, for example. New conservationists might want to include local and indigenous people in the controlled development of natural areas, but “development . . . is understood in a particular way, as capitalist development, a position that remains close to mainstream conservation and its infatuation with market-based solutions to conservation challenges” (28). They point out the irony of modern conservation methods: “capitalist mechanisms are promoted to address problems that are in large part caused by capitalism itself” (29).

Büscher and Fletcher instead recommend what they call Convivial Conservation. While “convivial” has the connotation of cheery or even boozy interactions, the authors look more to the Latin roots of con vivere, to live with. They also are referring to Ivan Illich’s 1973 book Tools for Conviviality. Illich says he chose “the term ‘conviviality’ to designate the opposite of industrial productivity. I intend it to mean autonomous and creative intercourse among persons, and the intercourse of persons with their environment; and this in contrast to the demands made upon them by others, and by a man-made environment” (10).

What the authors would like to see instead of modern conservation is a philosophy that emphasizes several changes of perspective: 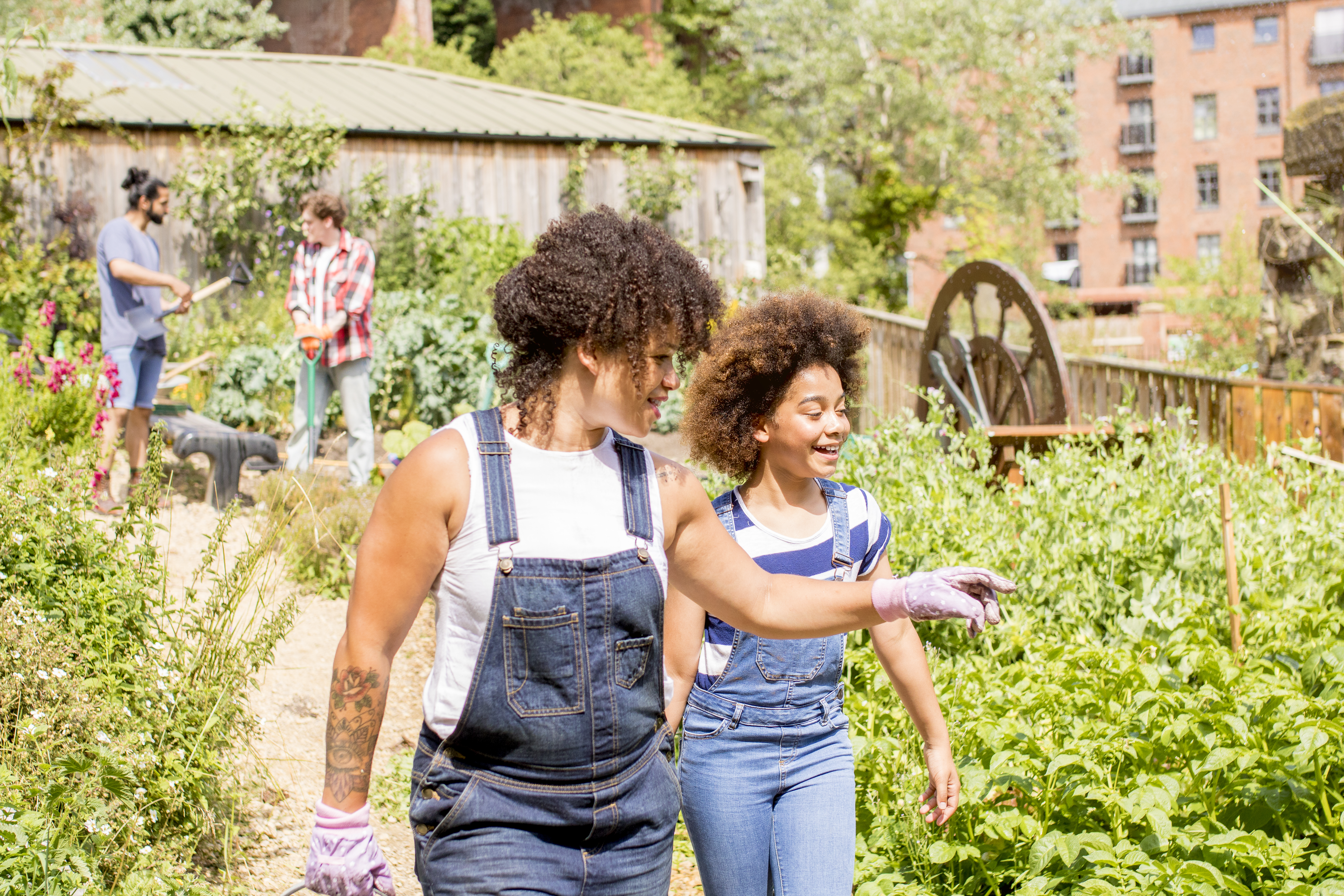 That’s a wonderful ideal, but how do we achieve the kind of change in our beliefs and actions that they’re calling for? It’s always the hard question that dogs me and everyone else who writes on the topics of humankind, society, and nature.

The authors do recommend what they call concrete actions. These all involve money and governance and a shift in how we think of them. The authors call for historic reparations to those suffering from disenfranchisement due to capitalism, colonialism, and conservation. They would like to see what they call a conservation basic income, “a monetary payment to individual community members living in or around promoted areas that allows them to live a (locally defined) decent life” (187). This basic income would enable them to “sustain biodiversity-friendly livelihood pursuits without having to compete in a ruthless global marketplace in ways that undermine the sustainability to which these pursuits aim” (188). They call for non-governmental organizations to “only work with companies if the latter pledge to move towards a different economic model beyond capitalist accumulation and GDP-based economic growth” (189).

Büscher and Fletcher would like to see what they dub a Convivial Conservation Coalition that would work toward redirection of landscape, governance and finance: “building: a) conservation landscapes that do not strictly separate humans and other species but promote coexistence; b) different modes of governing conservation in these spaces; and c) alternative funding arrangements that do not rely on market expansion and can . . .work under conditions of austerity” (191). These landscapes would integrate human and nonhuman nature. As Emma Marris in her book Rambunctious Garden puts it, we would “learn to accept nature that looks a little more lived in than we are used to and working spaces that look a little more wild than we are used to” (192).

Maybe you think, as I do, that despite the authors’ claim, these are not yet very concrete ideas. If the simplest changes, such as expanding community recycling or increasing fuel efficiency in cars, can’t be agreed and acted on, how can such drastic recommendations even be considered? The huge shift in perceptions, goals, and worldviews that they entail doesn’t seem likely to happen any time soon.

Büscher and Fletcher, however, end with a quotation from Milton Friedman that I may paint on my wall for lifelong encouragement:

Only a crisis – actual or perceived – produces real change. When that crisis occurs, the actions that are taken depend on the ideas that are lying around. That, I believe, is our basic function: to develop alternatives to existing policies, to keep them alive and available until the politically impossible becomes the politically inevitable (179).

I recommend reading The Conservation Revolution: Radical Ideas for Saving Nature beyond the Anthropocene, although it is occasionally hard going: the prose is dense and scholarly, and the footnotes are copious. However, even dense prose is preferable to the breathless hyperbole of books such as The Uninhabitable Earth by David Wallace-Wells, a tone that is all too common among conservationists and doom-sayers. In its careful and scholarly way, The Conservation Revolution is doing what Friedman exhorts us to do: it is leaving some ideas lying around, ready to be picked up when our assumptions suddenly collapse in the face of a new reality.

The Signs of Revolution